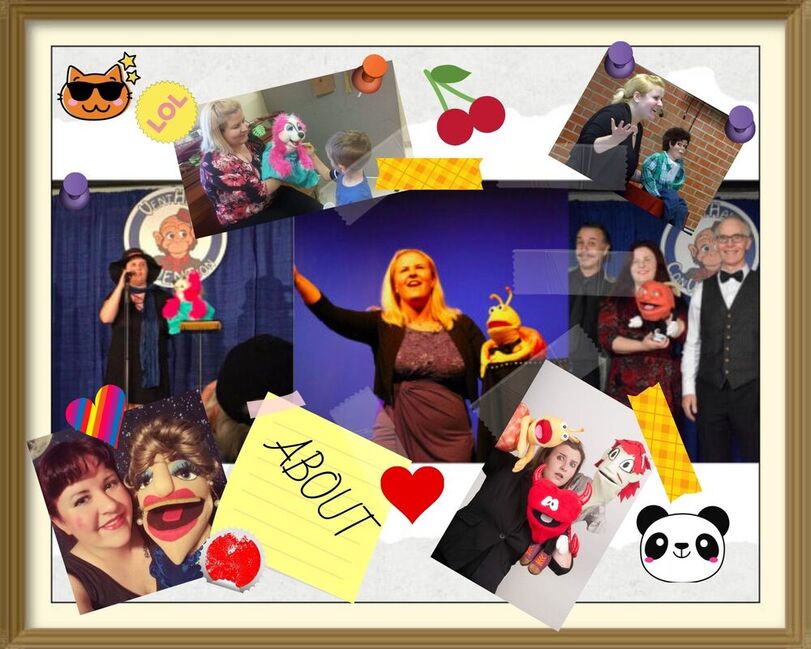 My name is Diana L. Smith, a.k.a. Diana Rockwell. I am a professional ventriloquist. I have been performing for 12+ years and it is, without of doubt, my number one passion. I graduated with a BFA in Expanded Media (focus in performance art) from the University of Kansas in 2010. I started out as a painting major, but made the switch once I developed a passion for ventriloquism. Ventriloquism started as an odd intrigue, but later became my bread and butter. It was the Goosebumps book "Night of the Living Dummy" that sparked an interest during my youth. The magical incantation "Karru Marri Odonna Loma Molonu Karrano" from that book is tattooed on my right arm. It is a fictitious language, but holds personal sentiment for me.
Because of ventriloquism, I have had opportunities to travel all over and perform for thousands of people. One of the best days of my life was being awarded The Clinton Detweiler Scholarship in 2015. I was selected by AGT winner, Terry Fator. When I am not performing, I am teaching courses in ventriloquism through a site called Outschool. I am also the author of the book "Experimental Ventriloquism," which is about using principles from fine art and applying them to a ventriloquist act.
Generally, I draw inspiration from outside sources and not other vents. The reason being because there are so few ventriloquists in the entire world, it is easy to accidentally copy someone else's act. I would hate to do such a thing. But if any vent has truly taught me to think outside the box, it is Senor Wences. In many ways, he was a surrealist among vents. He had so many unique talents that he applied to the art of ventriloquism. It was as if ventriloquism was the envelope to contain his multitude of skills. I also draw influences from visual art, theatre, music, and stop motion animation.
My biggest influences include, but are not limited to: Tim Curry, Phyllis Diller, Will Vinton Claymation, Lisa Frank, David Bowie, vintage adverts, surrealist cinema, and a lot of Sunday comics.
Proudly powered by Weebly